I am a research scientist (chargée de recherche Inria) in the Caramba team at Inria Nancy Grand Est, in France, since November 2016.
From August 2021 to July 2022, I am a visiting researcher in the Crypto group of the computer science department, Aarhus University, Denmark.
I am interested in discrete logarithm computation in large characteristic finite fields, pairing-based cryptography, and computational number theory.

I defended my PhD thesis on December, 20th, 2013. I received the 2014 Thales PhD Prize for this thesis. Each year, the jury members select three nominees for this prize, based on the research quality and the interest of industrial applications. About 60 PhD thesis are defended each year at Thales worldwide.

From 2011 to 2013 I was PhD student at ENS Crypto Team under the supervision of Damien Vergnaud. I was most of my time doing my research at the Laboratoire Chiffre of Thales. You can find my PhD thesis on pairing implementation here (in English, with an introduction in French) as well as the slides of the defense (in English).
The first chapter is an introduction on elliptic curves, pairings and endomorphisms (constructed with isogenies) on elliptic curves. The second chapter studies two families of genus two curves. The third chapter is about pairing implementation. I developed a library at Thales to compute Tate, ate and optimal Tate pairings on elliptic curves in large characteristic. I focused on supersingular elliptic curves of embedding degree 2 and Barreto-Naehrig curves. (Sorry but the source code is not freely available). 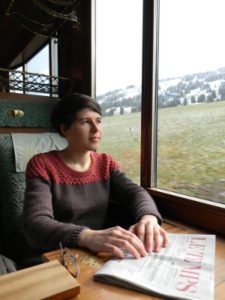