Project lead: Laurent Bougrain
Partners: Neurosys, Cognitive and Systems Neurosciences (Univ Lorraine/CRAN), Perseus (univ Lorraine)
MOVE YOUR MIND aims at improving the functional recovery protocols of hemiplegic stroke patients by increasing the precision of the identification of the brain areas involved in a kinesthetic motor task of the upper limbs. The brain areas engaged during this rehabilitation task will be detected by specific source localization methods based on the signals obtained by an electroencephalographic acquisition system with variable geometry, which will inform and therefore guide the patient (and the nursing staff) during the functional rehabilitation by indicating to her/him if the activity which she/he produces is in the right motor area. The project aims to design and evaluate a visual neurofeedback based on active cortical areas within an existing brain-computer interface.
——————————————————————-
Project CNRS PEPS S2IH INS2I 2018 : HHH2HRH (From Human-Human Handshaking to Human-Robot Handshaking)

HHH2HRH aims at understanding and modelling physical and cognitive phenomena involved in a common human gesture that must be enough complex from the point of view of behavioral and neuro-sciences, as well as of robotics. We propose to study handshaking between humans (Human/Human HandShaking, HHH), which is both a common joint action and a multimodal communication between humans, and to reproduce it in its globality with a robot that shakes a human hand (Human/Robot HandShaking, HRH). 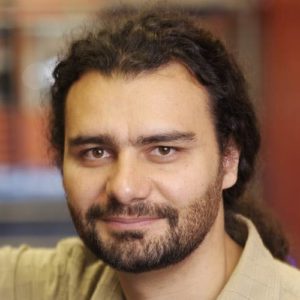