François Charpillet is currently directeur de recherche at Inria. He received a PhD in computer science from the university Henri Poincaré (Now Lorraine University), in 1985, and an HDR from the same university in 1998. He is also an alumnus of Ecole Nationale Supérieure d’Electricité et de Mécanique.

Since january 2015, he is the scientific leader of a new research group Larsen, which is going to be proposed as a joint research group with INRIA, CNRS and University of Lorraine. Larsen focus on Long Term Robotics, Human Robot interaction and Active and Distributed sensing. Online learning and decision  are at the core of the project.

From 1998 to 2014, he has been the leader of MAIA, which was a joint research group with Inria, CNRS and University of Lorraine. It belonged both to LORIA laboratory and Inria Research Center Nancy-Grand Est. This group of about 30 members, was interested in Artificial Intelligence focusing on autonomous agent and multi-agent systems.

François Charpillet is also one of the founder member of Diatelic SA, a start up created in 2002. Diatelic develops Telemedicine Solutions for chronic diseases follow-up. Diatelic is now mainly own by PHARMAGEST INTERACTIVE,  the French leader in computer systems for pharmacies and which is expanding its activities into e-health and the development of telemedicine applications. 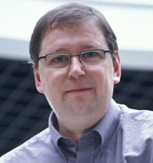